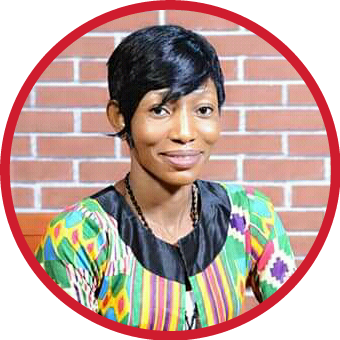 Abisinuola Victoria Ogundele was born in Ilorin on the 28th of September over two decades ago. She holds a Bachelor of Arts in Linguistics from the University of Ilorin, Kwara State. Abisinuola Victoria is the Founder of Restored Minds Initiative targeted at creating emotional stability in the world. She is also a writer, the author of Restored Minds Devotional and also wrote a book titled Leaving The Past Behind.

Abisinuola has worked and volunteered for several NGOs such as The Givers Club, Motivated Mankind, YALI Network, Lifewire Foundation, Valerie Chapman Home and presently one of the Technical members of Supernatural Gospel Crusader. She is the Acting Admin Officer of Supernatural Gospel Crusaders and the Anchor of Share My Pain with Vee, a popular online TV show powered by SGCTV.

Her active involvement in service to humanity has earned her several certifications and awards such as Community Impact Award organized by Jamie Pajoe, Understanding Girls and Women’s RightYALI Award. She has organized several Rural development Programmes, conferences and has visited several IDP camps in the past few years.